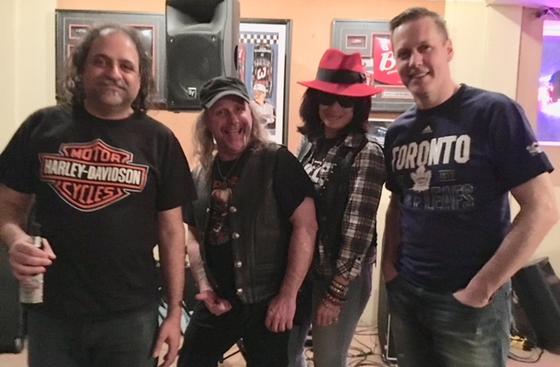 About Lefty And The Goons

You Never Know What To Expect At A Lefty Show!!

classic rock and roll with attitude 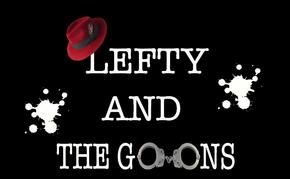 You can add HTML directly into this element to render on the page.

Just edit this element to add your own HTML.

Lefty And The Goons is a 4 piece classic rock band that performs everything from The Beatles to Motorhead with high energy.  Each show is a unique experience which will have you singing and dancing the night away!  Lefty And The Goons set list include songs which will prompt you to go: "Wow!  I forgot all about that song!" or "I haven't heard that one in a long time!" Once you have rocked with Lefty And The Goons, you will want to see them again and again!

Embraced by the motorcycle community, LEFTY AND THE GOONS have performed at several motorcycle charity events including several Ride For Sight weekends, fundraisers - the most recent of which was for the Canadian Cancer Society and Wounded Warriors at Maxwell's Concerts & Events (September, 2019), private parties for Riding Clubs and BROWNS HARLEY-DAVIDSON store opening and multiple customer appreciation/ Open House  events including their 1 year Anniversary in 2018 and 2nd Anniversary celebration in 2019.

Lefty is thankful for their fans - the GOON SQUAD (thanks Phil!!) - and appreciate the support and kind words which they receive.

We will be filming portions of the show for a short film that our Lead Singer, Angie (aka Lefty) is making for submission to the Toronto Motorcycle Film Festival.  The film will share her story in the hopes that it inspires others to reach for the stars.

COME BE A PART OF THE EXPERIENCE!!​​